Tosyalı Algeria was constructed in the industrial city of Bethioua, which is closed to Algeria’s second largest city of Oran, and it is the country’s most important iron-steel producer.

The company successfully the first investment stage of $500 million and began producing construction iron, one of the items the country needed most as of the second half of 2013. Along with the rolling mills providing services with an annual capacity of 1.2 million tons, they become able to meet about 28 percent of Algeria’s construction iron need and have helped close the country’s current deficit to some extent. Iron billet, which is the raw material for construction iron manufactured in the country, is obtained as a result of the melting of the scrap collected in the country in the arc furnace facilities. The environment is thus cleansed of metal wastes, and production resources are ensured to be local.

In addition to this, Tosyalı Algeria has directly employed more than a thousand individuals since the day it opened and has become one of the fundamental turning wheels of the country’s economy as a means for creating areas of employment that indirectly grant thousands of people job opportunities. Immediately after completing the first stage project, Tosyalı put the coil production facility with an annual capacity of 500,000 tons, the second-stage project, into operation with an additional investment of $250 million. While starting coil iron rolling mill production in the second half of 2015, it specified its primary goals as meeting Algeria’s need in this field and minimizing its external dependence and contributing to the development of the country’s economy by creating areas of employment. With the production of flat coil iron used as a raw material for dozens of products, not the least of which are mesh steel, wire, and nails, essential products of the construction sector, Tosyalı became able to meet 60 percent of the country’s need in this area.

Tosyalı Algeria is rapidly maintaining investments and has become able to meet a significant portion of the iron-steel need in the country with investments that exceed a total of $2.5 billion together with the $1.6-dollar third-stage investment called the “Mega Project”. The annual construction iron production capacity increased to 3.4 million tons with the two high-speed construction iron rolling mills and the steel mills that will produce billet for these rolling mills, which were parts of the Mega Project and whose construction continued rapidly. The annual capacity is 2.2 million tons for the steel mill that will provide for the steel billet production to be manufactured from steel ore and a limited amount of scrap iron. The steel mill transfers billets as both hot charge and cold charge to the rolling mill. During this time, Tosyalı established the world’s largest DRI facilities with a capacity of 2.5 million tons that can work with cold and hot charge, which are limited in number around the world, at the end of 2018. The pellet produced from iron ore with the DRI facilities became usable as raw material in the production of steel billets. The Pellet facilities were established to produce semi-finished pellets by processing iron ore, and they went into effect at the end of 2018 with a capacity of 4 million tons. Pellet and DRI facilities constitute the greatest importance in terms of being able to most efficiently use subterranean mineral resources, and they will significantly contribute to the economy of Algeria.

Tosyalı Algeria started construction iron production in the second half of 2013 and initially began with a production facility with a capacity of 1.2 million tons. Sizes of 12 mm, 14 mm, 16 mm, 20 mm, 25 mm, and 32 mm are produced at the construction iron rolling mill with arc furnace support.

The goal is to put two high-speed construction iron rolling mills, which are the first stages of the third-stage investment, in the second half of 2017 and to produce an annual 2.2 million tons of construction iron at the production facility. The rolling mills are a facility with the latest technology and the capacity to produce the sizes of 8 mm, 10 mm, 12 mm, 14 mm, 16 mm, 20 mm, 25 mm, 32 mm, and 40 mm that are required in the country. Tosyalı Algeria will be in a position to be able to produce a total of more than 3.5 million tons of construction iron at the end of 2019, increasing its production by about 2.2 million with the rolling mills with a production speed of 40 meters per second.

The facilities produce quality construction iron, being outfitted with the most modern technologies in the country and in the world. It began providing currency contributions to the country’s economy in 2018 by performing its first exports. It aimed to significantly increase its exports in 2019.

Our facilities have proven their quality by obtaining the ISO 9001: 2015 Quality Management System Certificate and Cares Construction Iron Certificate. It began obtaining product certificates for the countries to which exports would be conducted.

The wire rod production facility, which the Tosyalı company completed as the second-stage project in Algeria with an additional investment of $250 million, went into service in the second half of 2015. Production can be performed between sizes of 5.5 mm and 25 mm at the flat coil iron production facility with an annual capacity of 500,000 tons. Production quality can be completed in the range of SAE 1006 and SAE 1080, based on customer requests. The furnace capacity of the rolling mill, with a production speed of 100 meters per second, has the ability to produce 120 tons of steel billets an hour up to 1050-1150, the ideal rolling temperature heat. Tosyalı Algeria can meet 60 percent of the country’s need for flat coil iron, which is used as a raw material in the manufacturing of products like steel mesh, wire, nails, screws, bolts, and rope.

Installation for the Spiral Steel Piping Factory began in 2017 and was completed in 2018. The factory will contribute to the economy of Algeria by meeting the piping needs of Algeria and surrounding countries with two different production lines and an annual capacity of 400,000 tons. The Spiral Steel Piping Factory production facilities are outfitted with the latest technology and have the capacity to produce in accordance with international standards like API, ISO, EN, ASTM, DIN, AWWA, and NFA. It was designed to be able to respond to developing customer requests with production and internal/external coating lines from 5-mm to 25.4-mm wall thickness and from 406-mm to 3048-mm piping diameter at the factory, which started working with a competent team.

At the facilities that can perform production up to a material quality of X80, polyethylene, polypropylene, and epoxy coating based on the requirements of the customer can be coated with a paint system in accordance with the purpose of use for the piping for internal coating to protect the pipes from corrosion and extend their lives.

Tests are done in accordance with piping manufacturing and coating standards in a laboratory setting outfitted with the latest technology. Examinations are performed simultaneously by competent personnel with manufacturing during the pipe manufacturing stage, and manufacturing is ensured to be error-free.

The pipes produced at the factory are produced in accordance with international standards and the objective of use of petroleum pipelines primarily including natural gas pipelines, water pipelines, pile pipes, and steel construction pipes. 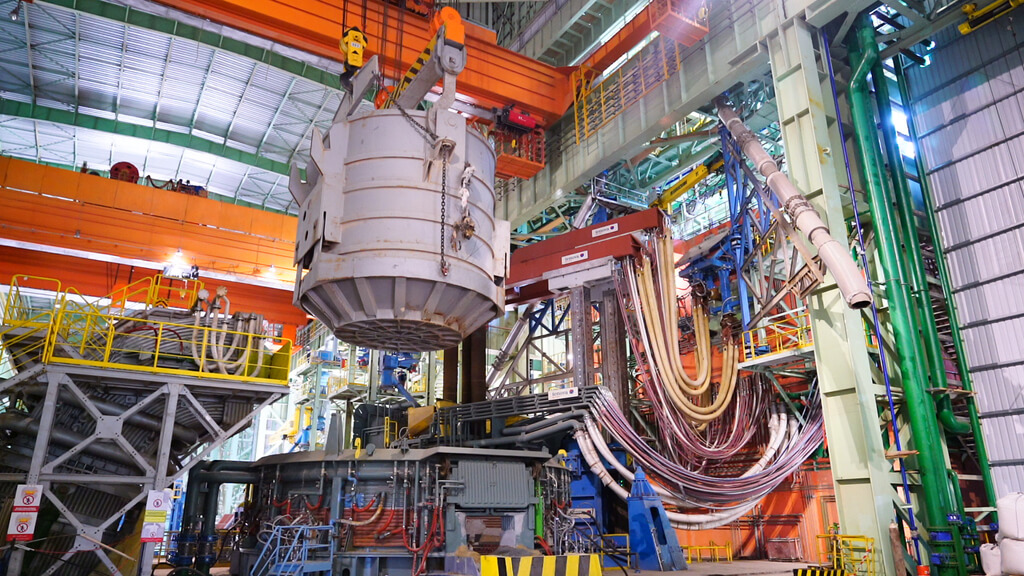 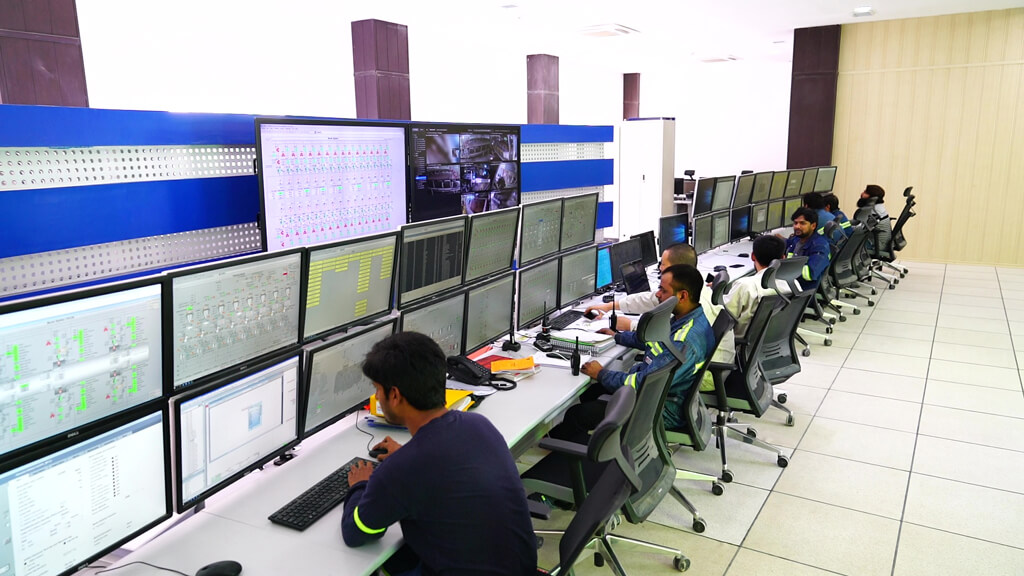 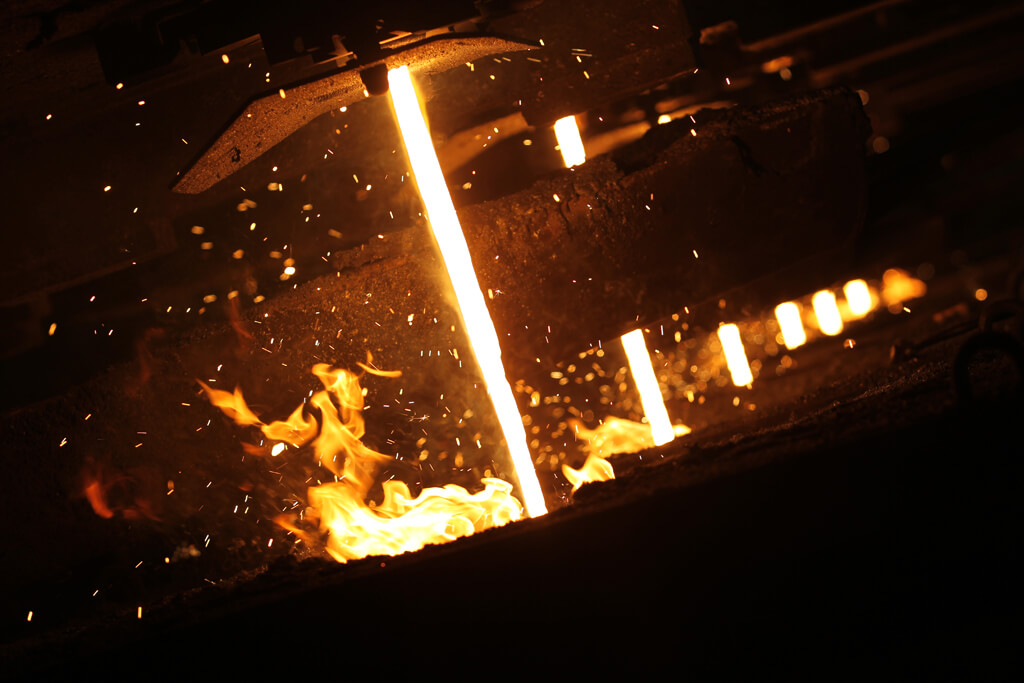 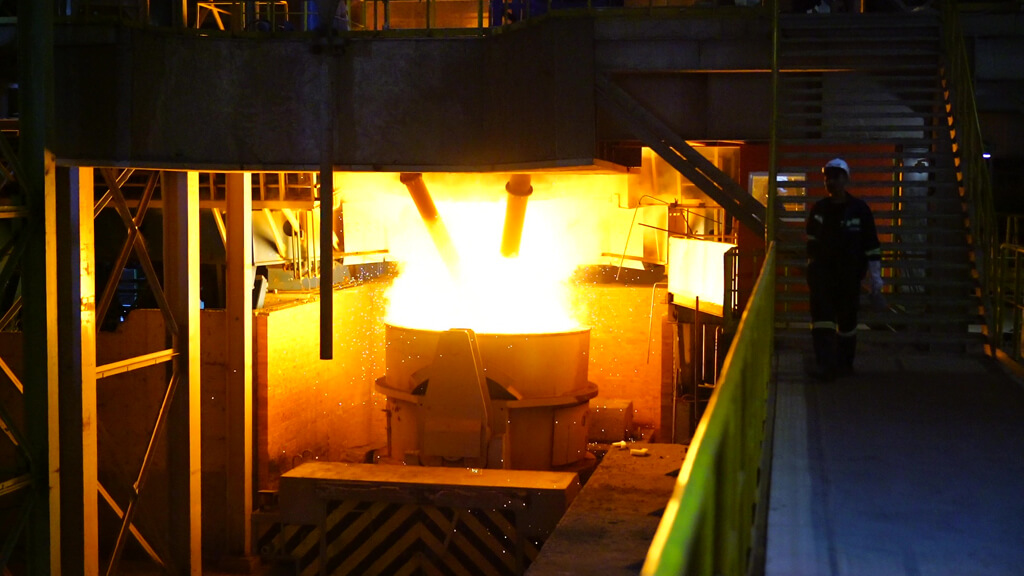 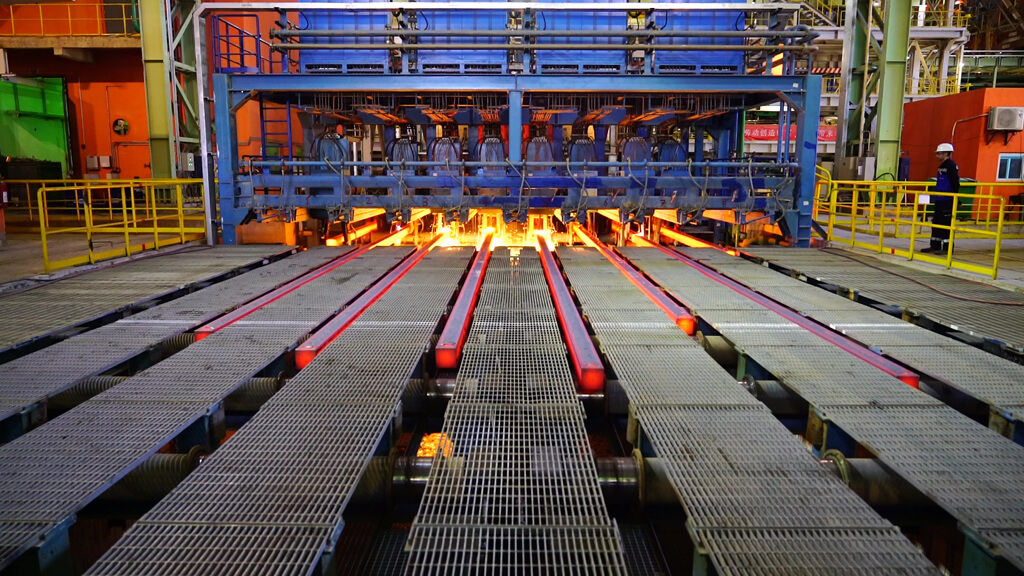 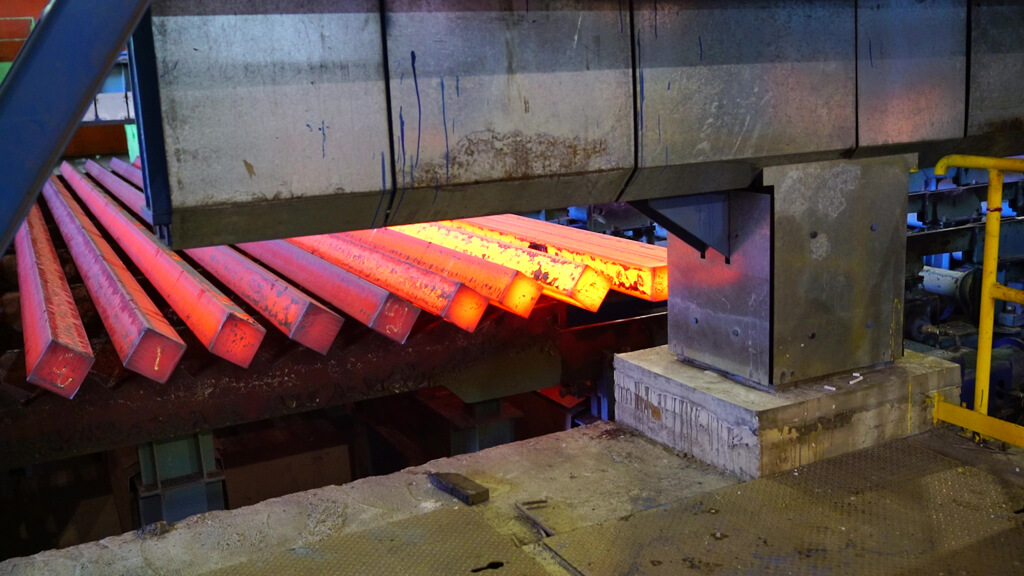 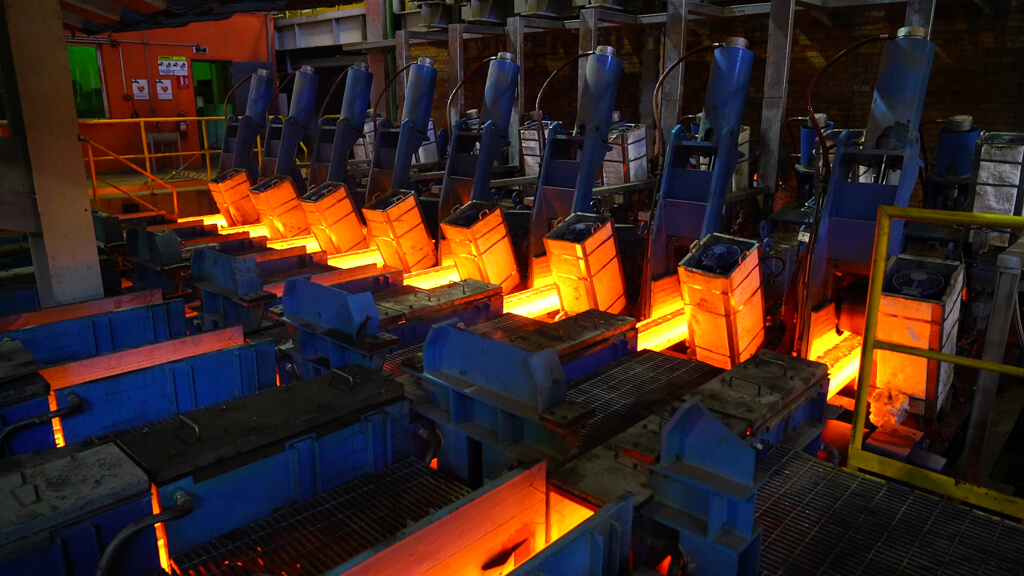 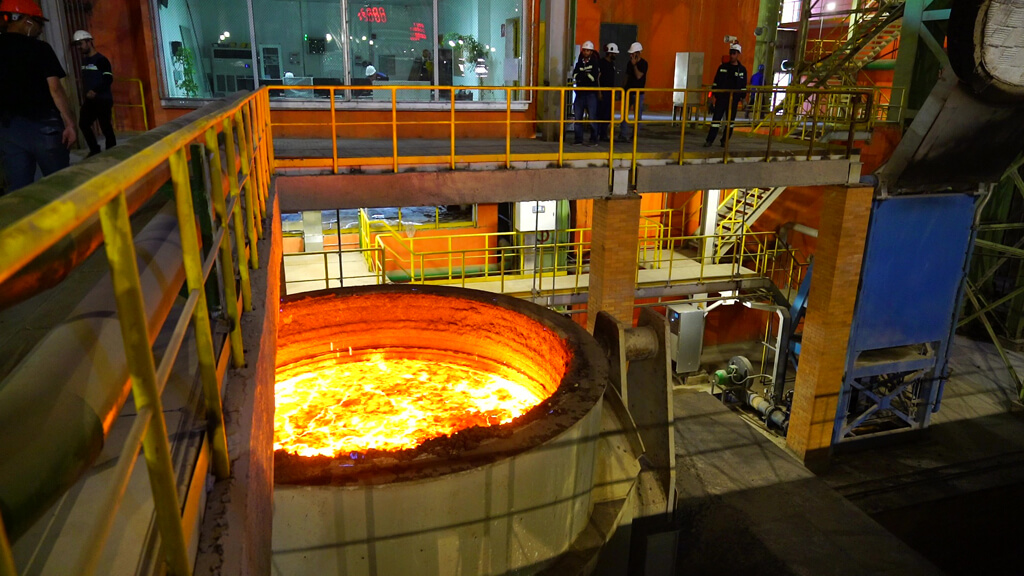